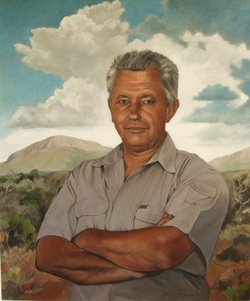 Frederick Sterzel's book of adventure stories, collected as The day I died,  is sure to become a South African classic. Over and above the riveting narrative of fear, crisis, death and trauma, interspersed with side-splittingly funny situations, these are characters, places and experiences that ring completely true.  Like Fabulous Freddy waking up utterly sozzled to find a crocodile under his bed.

The book unfolds a tapestry of recent history: the Lowveld, Game Reserve, Hillbrow, hitching on the Great North Road, military bases and camps and  trade fairs.

We re-enter the unknown savouring the places and patterns of thought. It's a spiritual journey of discovery transcending the purely physical.

A pdf version can now also be ordered: R120-00. Simply click on this text.


Now it is also available as a Kindle e-book. 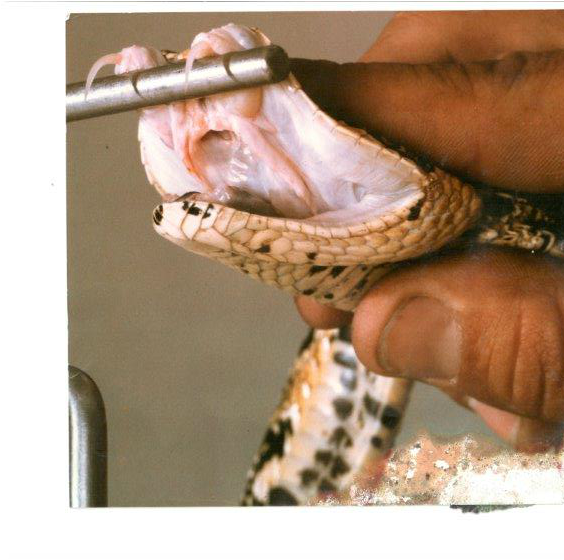 Puff-adder's fangs
Frederick Sterzel's book on his life-long encounters with danger, mostly in the form of wild animals, but also climbing cliffs, keeping game and reptile parks and zoos.

Use the form below to order print and pdf copies. Please indicate the number of printed books required, where in the world you live and the complete postal address

Excerpt from The day I died
Now, green mambas possess dangerously neurotoxic venom. They are beautiful, sleek, well-proportioned snakes, with beautifully proportioned heads, almost a gentle, benign smile on the elongated face, but effective in their ability to strike and inject a deadly dose of venom into its prey or in self-defence. This mamba had been in captivity for many years and had never displayed any signs of aggression; nor did it after the event. Green mambas occur on the east coast of South Africa; in fact from northern Pondoland up to the border of Mozambique and beyond, usually within a short distance from the coastline. Here they hunt birds and rodents and ply their trade in the lush, dense forests which occur in these semi-tropical coastal areas.

Ever mindful of the needs of our charges, I immediately went to fetch fresh water for the interned reptile. The Cape, also known as the Cape of Storms, had lived up to its reputation that day by producing its famed south-easter wind, also known as The Cape Doctor, shifting tons of sand around the Cape Flats and indeed across the showgrounds. The enclosure the mamba was housed in had a locked sliding glass front. It was necessary to unlock the latch, gently slide the glass section into an open position and replenish the water in the drinking bowl. The south-easter had deposited sand into the track, however, causing the glass sliding door to jam. As it was late at night and having given demonstrations with venomous snakes every 40-45 minutes throughout the day, a touch of impatience set in and I attempted to force the glass sliding door open.

After a few attempts, the sand in the track suddenly gave way and the door slid open with a jolt, along with my hand which projected into the cage behind the glass and directly poked at the peacefully resting mamba on his decorative branches. The poor snake clearly thought she was being attacked and responded gallantly by biting me on the left index finger. I received a full complement of venom from a 1.8 metre green mamba.